Before requesting any support Please search the Forum First. You may find your desired answer. This will save your waiting time and will save our working hour. We may not answer the question which we have already answered. You should also read our Support Policy 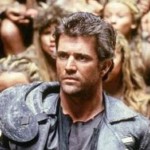